Michael Jordan is broadcasting LIVE from the
Wentworth by the Sea Hotel and Spa!

Wentworth History
About Wentworth by the Sea, a Historic Gem Among New Castle Hotels

Since 1874, Wentworth by the Sea Hotel & Spa has stood as beacon of elegance among the grand Portsmouth, New Hampshire hotels that once graced the coastline. Our waterfront enclave boasts an illustrious history, having hosted social, business and political leaders from around the globe. After an extensive $30 million restoration, the Wentworth has returned to its former grandeur and became a premier Marriott Hotel & Spa in the spring of 2003.

Today, our award-winning retreat continues its legacy as the grandest of New Castle hotels, providing guests with 161 guest rooms and suites, exceptional dining, and a host of resort-style amenities including a full-service spa, and both indoor and outdoor swimming pools. Stroll through our historic gardens or enjoy a friendly match on our tennis court. Guests arriving at our coastal resort by sea can even take advantage of the resort’s 170-slip marina.

Wentworth by the Sea is also New Hampshire's premier destination for meetings, conferences and romantic Portsmouth weddings. Choose from over 10,000 square feet of enchanting event space, including three beautifully-restored ballrooms, a sophisticated Executive Boardroom and pre-function space overlooking the ocean. At Wentworth by the Sea, our seasoned staff and extensive event services will delight every guest on your list.

Reserve your stay today at Wentworth by the Sea, or contact a Reservations Agent at 888.252.6888 to begin planning your next stay at the last of the grand New Castle hotels.

Michael with be speaking with Chef Ryan Phillips from Bella Vita Restaurants
and the Wentworth Food and Beverage executive team including Executive Chef Ken Lingle!

Get ready for the 11th Annual Winter Wine Festival!

The Winter Wine Festival at the Wentworth by the Sea enjoyed unprecedented success last year, selling out every event! With that lucky streak in mind, new events have been added to complement last year’s winning series of food and wine celebrations.

For one night only, the newly designed Latitudes Restaurant will be opened for a special wine event never before done in the Festival’s ten year history. Another festival first: a single varietal dinner featuring all (serious!) Pinot Noirs.

The Grand Vintner’s Dinners continue with a roster of winemakers ranging from the creators of some of the most ubiquitous and acclaimed wines in the industry to wines with cult followings. Shell-shocked, an oyster and wine celebration, shocked us all with how many oysters can be consumed in one evening (2,000!) – so we are bringing it back twice this year! And it was unanimous – everyone loved the Big Tastings, so this year we invite you to experience their bounty again on two Friday evenings. Flight Nights have firmly and comfortably landed in SALT’s Lounge to take you away any and every night during the week (except Fridays – that’s part of the weekend anyway, isn’t it?!)

The ever-popular Bubbles & Jazz Brunches have new and trending sparkling wines – some scoring 90 points or more – to add to the effervescence of that last day of the weekend.

So, whatever your party persuasion; (and we mean party as in celebration!) big or small, you will find nothing less than critically hailed wines with inspired food in a most gracious setting.

The Vineyard
Vince Ferragamo grows Sagiovese and Cabernet Sauvignon in his Estate Vineyard in Orange Park Acres, California, where the warm days and cool nights produce ideal growing conditions that mirror the rolling hills of Tuscany. The vines are hand-tended throughout the year, with a focus on phenolic ripening and longer hang times, giving rise to a rich and elegant wine with refined and polished tannins.

The Winemakers
Mick Dragoo and Jeff Lazenby have produced the wine from Vince Ferragamo's vineyard since 2010. Mick founded Belle Marie Winery in 2000, and Jeff is General Manager and Assistant Winemaker.

Mick Drago PhotoMick Dragoo's appreciation for winemaking began during the Vietnam War, when he served in the Army as a maxillofacial surgeon treating trauma patients arriving home from the war in Northern California. On his off-time, he would visit Napa Valley wineries to unwind, and was impressed to discover some parallels between the art and science of winemaking and surgical reconstruction. After retiring from a successful periodontal practice in Reno, Nevada, Dragoo returned to Napa Valley to begin his next career, as a professional winemaker. Twenty years later, Mick and Mary Dragoo relocated to Southern California and opened Belle Marie Winery, a micro-boutique winery in Escondido, California that produces thirty or more wines every year in a wide variety of styles, but with a particular specialty in full-bodied, blended red wines. With an inventory of up to 78 different grape varietals available each year, Dragoo travels up and down California to the best growing regions and vineyards in the state from which harvest his grapes. In his spare time, Dragoo continues to develop and teach state-of-the-art surgical practices to surgeons worldwide.

Jeff Lazenby PhotoJeff Lazenby's passion for winemaking began during his college years at the University of California, Santa Barbara in the mid-1980's. With convenient proximity to the Central Coast wine country, he made frequent trips to area wineries, exploring the many varietals that thrive in the area and learning about how geographical and climatic influences shape varietal selection in the vineyard and the resulting styles of wine. Wine remained a hobby for years as Lazenby built a successful career as a health care executive while continuing to learn about wine in his down time. In 2000, he met Mick Dragoo, who had just started Belle Marie, and the passion for winemaking began to blossom more quickly. Soon he was spending his weekends and holidays volunteering at the winery, studying Dragoo's style and philosophy of winemaking and learning about all aspects of running a small, boutique winery operation. By 2006, the Dragoo's convinced Lazenby to retire and join the family business full-time. 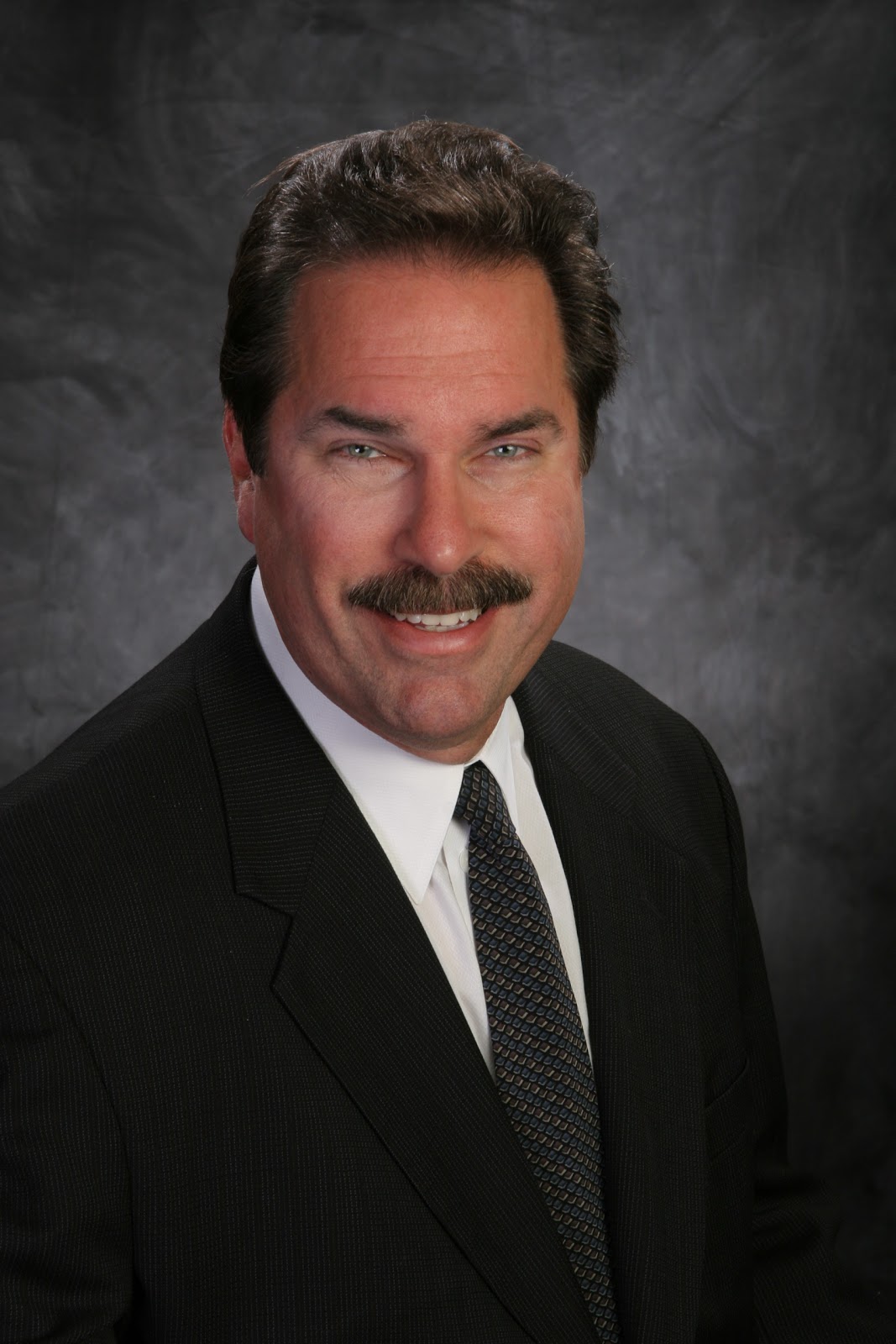 This veteran broadcaster has been part of major market operations for more than 30 years. He is the founder and President of CRN Digital Talk and has helped to launch the careers of countless media celebrities.  In addition to being the President of Cable Radio Network, Mike works with Paul Stern to host the nation's premier daily food, wine and travel show, the "What's Cookin' Today" show.  He also has hosted CRN Digital's popular "PM Show" for years.

Horn teamed with Dick Whittington to become part of KFI’s comedy team line-up of Lohman and Barkley, Whittington and Horn, and Hudson and Landry on "Goodtime Radio KFI." He recently appeared with his good friend William Shatner on ABC TV's  "Boston Legal". Michael J. Horn is the founder and President of CRN Digital Talk Networks (Cable Radio Network), the world’s first original cable audio service. CRN’s reach has grown to more than 11 million cable customers across the United States, the Bahamas and U.S. Virgin Islands. CRN quickly became “the voice of cable” and the only exclusive 24-hour radio service for cable television. Horn, always looking to the future, placed CRN on the Internet (www.CRNi.net) to reach the World Wide Web’s millions of listeners.  Prior to launching CRN in 1983, Horn played a significant role in the evolution of radio in Southern California. Horn served as “on-air” personality for the legendary KBBQ, California’s first “hot” country station and paved the way for that sector of the industry to its’ subsequent nationwide appeal. Horn has a distinct style that makes his audience see and understand through his words. He knows how to draw out the information from “on-air” guests, making them look good while informing listeners.  In 1978, Horn founded Big Horn Productions, a company that pioneered the infiltration of country music to clubs in Los Angeles and the Marriott Hotel Chain. Big Horn Productions was an innovator in audio music entertainment by providing a comprehensive library of music to the vast circuit of nightclubs. As recognized cable audio expert, Horn was the voice of the Southern California Cable Marketing Council’s “Cable Up” commercials. Horn has appeared on TV’s General Hospital with “Frisco” (John Stamos) and “Blackie” (Jack Wagner) as well as “Luke” and “Laura”. His voice can be heard in numerous motion pictures and on many commercials. Horn is a graduate of California State University, Northridge, with a Bachelor of Arts degree in Radio, Television and Film and a minor in Speech. He has held positions with the Southern California Cable Association, Marketing Cable Council and past President of the Chamber of Commerce. Horn is also a member of the American Federation of Television and Radio Artists