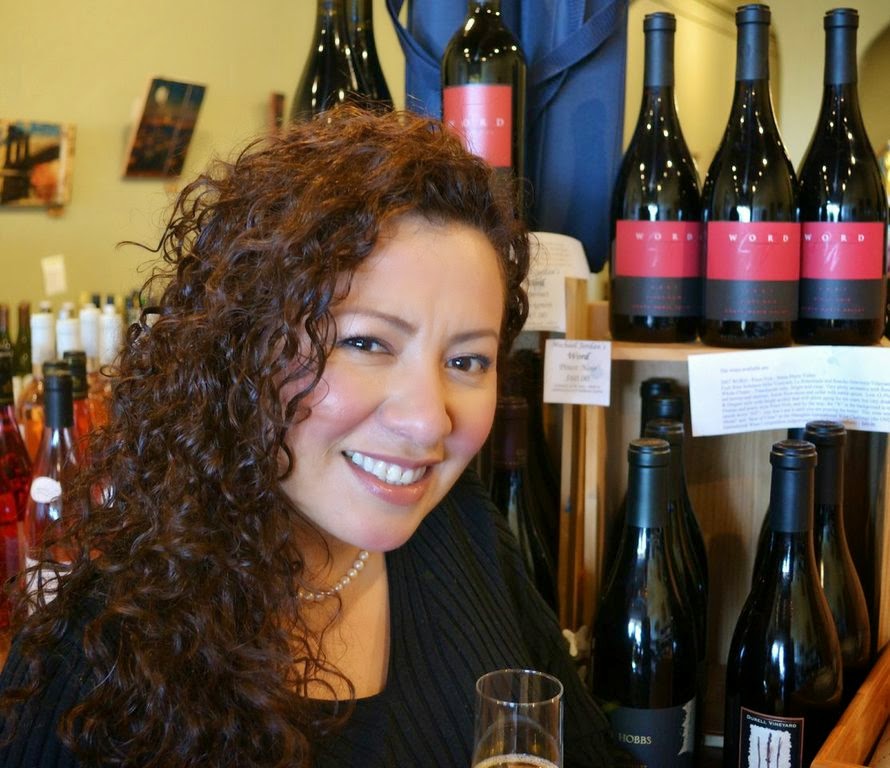 Spreti is the wine buyer for Anne’s Boutique Wines in Costa Mesa, California. As the wine buyer, Spreti specializes in procuring the best small production wines from all around the world.  As the Sommelier and buyer, Spreti meets with winemakers, importers and winery owners to sample many wines each week. From these wines, a limited few – the best of small producers are chosen to be featured in weekly tastings and in the three wine club she oversees. Spreti has served as a wine judge for the prestigious International Los Angeles Wine and Spirits Competition for the past two consecutive years and is currently mentoring several aspiring Certified Sommeliers while she herself prepares for the Advanced Sommelier exam. Spreti was first introduced to wine by her mother, who owned a wine and spirits store in Guatemala City, Guatemala. During her college years, she further immersed herself in the world of wine through studies abroad in France and South America.

Anne’s Boutique Wines
Anne’s Boutique Wines is a wine shop located in the heart of coastal Orange County.  With an incredible selection of small production wines, hard-to-find wines in a super-friendly atmosphere. Wine tastings are conducted three times a week and boasts a by-the-glass wine list that rivals many restaurants.  Our shop maintains a database on each client’s palate to further enhance their wine enjoyment experience.   Our wine club is “avant-garde” in style, to educate and introduce our members to new wines and varietals from all around the world.  Many famous winemakers host events in our tasting room each month.  We are on our 6th year in business.

In the mid-1970’s, due to a normal teenage interest in alcoholic beverages, my family allowed me to make some wine from the family vineyard and beer at home (under adult supervision, of course). This led to a UC Davis degree as well as concurrent work at a local winery doing the dirtiest and most menial jobs imaginable. In the mid-1980’s good friends at Duxoup Wine Works (think Marx Brothers for the pronunciation) inspired me to try my hand at my own label so I negotiated cellar space in lieu of a raise by my then-current employer, Greenwood Ridge Vineyards in Anderson Valley (I got a raise anyway). Greenwood Ridge was supportive of my project and decided to have some Scherrer Zinfandel produced for their label as well. Unfortunately, I had a poor business plan and during the first year I realized I was not yet ready for this project. Greenwood Ridge continues to make a small amount of Scherrer Vineyard Zinfandel to this day.

Enter Dehlinger Winery in the late 1980’s. Tom Dehlinger was very supportive of my long-term plans and challenged me to develop a solid business plan, facilitating an important entry into my own project. In return, his winery received my heart and soul for a decade. The final key element in our getting started was from my parents. They allowed me to delay paying them for their fine grapes until we began getting cash flow from our wine sales. By 1997, we were ready to make the move to a facility of our own. In anticipation of this, we were able to add Cabernet Sauvignon and Chardonnay to supplement the Zinfandel we were producing, all from my father’s vineyard in Alexander Valley. Tom Dehlinger supported this transition of my focus, allowing me to produce these additional wines in his facility and we parted very amicably after that vintage.

And so after the harvest of 1997, I moved our operation to a corner of an apple packing shed-turned-winery, finally leasing the entire building. During this period, our production grew from just the three varietals from Scherrer Vineyard, to now typically a dozen wines, about half of which are Pinot Noir. Total production is now 4000 to 5000 cases. My good friend, Don Bliss helped me whenever I needed a hand (or a finger to dial 911 in the unlikely event of a forklift mistake) throughout this period until he sold his fine vineyard and moved back to his native Texas in 2006. Since then, I have been able to impose on a handful of friends and local customers when I have needed help, but still continue to work at the winery pretty much alone most of the year. Judi, my wife, has handled administrative and compliance for the winery since 2002, keeping me out of trouble with bureaucrats and making sure we are able to conform with the complex and changing world of direct shipping and wholesaling laws, reports and fees. 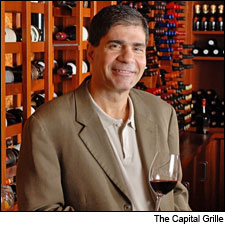 George Miliotes is a passionate educator and inspiring leader at The Capital Grille. As Director of Beverage and Hospitality and one of the world’s few Master Sommeliers, George oversees all aspects of The Capital Grille’s wine and beverage program, from the development of the award- winning wine list to educating and motivating service teams about wine.

Miliotes is a tremendous leader and innovator, who is credited with bringing a global, wine program to The Capital Grille. A firm believer in education and knowledge-sharing, Miliotes continues to study wine while enhancing The Capital Grille’s wine list through his travel around the world. The result of his worldwide search is a stellar international wine list that is adventurous, yet approachable and inviting.

In March 2007, Miliotes became one of only 219 Master Sommeliers worldwide, passing a series of rigorous examinations that require the candidate to identify grape variety, country of origin, district of origin and vintage of six wines by taste and sight alone.

George Miliotes is the grandson of Greek immigrants and a child of the restaurant and hospitality business. His family owned a specialty market and café in Orlando, Fla., Mr. Dunderbacks, which became a gathering spot for local chefs and served as the starting point for Miliotes’ passion for food and wine.

Miliotes’ family also traveled extensively to some of the world’s most respected wine regions, including Germany and France. These experiences enhanced his knowledge of wine and motivated him to pursue a career in the hospitality industry. Miliotes joined Chris’ House of Beef, an Orlando landmark, and created a wine list that earned Wine Spectator magazine’s “Best Award of Excellence” for four consecutive years, from 1988 through 1991. Miliotes later became the general manager of Walt Disney World’s California Grill where he not only created another award-winning wine list, but also one of the first lists in the country to offer 100 wines by the glass. 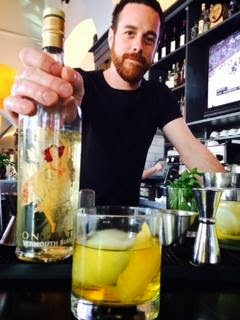 If there’s one thing that’s has been made clear to Joel, it’s that there is never a time to stop learning, and always a time to teach those willing to learn.

With 15 years of hospitality under his belt, Joel has been able to intertwine his understanding of guest service and relationship building into a way of translating the language of liquid into a unique and readily available form of entertainment and education.

Although he was born in Huntington Beach Joel spent a majority of his time growing up between Scottsdale Arizona and Walnut Creek California.

It was at Fox Restaurant Concepts, Olive&Ivy, in Scottsdale where Joel discovered his passionate appreciation for liquid education. Joel spend the first three years of O&I’s infancy assisting sommeliers with tastings, training and cellar management in its Wine Spectator award winning wine program.

Aspiring to further his knowledge of wine Joel looked west to reconnect with his roots in California. He was offered a position at Terranea Resort in Rancho Palos Verdes in its Chandelier restaurant, Mar’Sel. It was there he made the decision to take a position bartending to round out his knowledge of service and libations as a whole. Joel split his time between Mar’Sel and Andrea in the Resort at Pelican Hill, until he was scouted by Fox Restaurant Concepts to open their first California endeavor, True Food Kitchen at Fashion Island.

After spending another year with Fox, Joel was then asked to open Mario Batali and Joe Bastianich’s partnership with Nancy Silverton in Newport Beach, Pizzeria Mozza. With an opportunity to learn alongside two of Orange County’s most talented bartenders Jaren Singh and Sten Green, Joel was able to expand his knowledge of cocktails, wine, spirits and of course, amaro.
It was a defining moment for Joel the day he discovered Italy’s lesser known liquid gem, amaro. Having come from an Italian family he took to it like a fish to water, immersing himself in every form of amaro possible.

Although his love and passion for amaro is his namesake, Joel has consistently dedicated himself to an overall roundedness as a lover of wine, beer, spirits and hospitality.

Joel has been the buyer, Wine Director and bartender at Chef David Myers Pizzeria Ortica since March of 2013, taking the wine and bar program to new heights with the aide of the talented front of the house staff and kitchen.

Fixated on enhancing the already stellar food program, Joel has transformed and re-focused the beverage program into one of the country’s most exquisite selections of wine, cocktails and amari. By cultivation relationships with winemakers across Italy and California Joel has been able to highlighting regional Italian gems and California grown Italian varietals not found anywhere else.