James Charles Fox (born May 18, 1960) is a retired former professional ice hockey player who played nine seasons in the NHL, all for the Los Angeles Kings. In 1984–85, his best NHL season, he scored over a point a game, finishing with 30-53-83 in 79 games. A severe knee injury that occurred during a game against the Boston Bruins ended his career in 1990, but he still works in the Kings organization.
He has been a broadcaster for the Kings since 1990, partnered with Bob Miller on Fox Sports West/Prime Ticket.[1] He had the honor of being one of the speakers when Miller was honored with a star on the Hollywood Walk of Fame in 2006. Fox is well known for his creative way to end sentences, in which his voice goes higher for the final few words.On February 11, 2006, the Kings celebrated Jim Fox Day at Staples Center, to honor his twenty-five years with the franchise as a player and broadcaster.
About Patiné Cellars: Patiné is a boutique wine label specializing in single vineyard designated Pinot Noir. We are dedicated to producing world class wines that define power and grace.
Our initial 2011 vintage produced 150 cases from the coveted Gap’s Crown Vineyard which benefits from the cool ocean breezes of the Petaluma Gap within the Sonoma Coast Appellation. In 2012, we have added Sun Chase Vineyard to the lineup. The Sun Chase Vineyard overlooks Gap’s Crown Vineyard on Sonoma Mountain and sits at an elevation between 900 feet and 1200 feet.  We are thrilled and humbled to have talented winemaker Mike Smith at the helm of our endeavor.  Our initial vintage will be released in 2013.

Rich Aurilia - Owner, Red Stitch Wine & Former San Francisco Giant, MLB
Rich was born and raised in Brooklyn, New York. In 1992, Rich was selected by the Texas Rangers in the annual Major League Baseball draft and would go on to play for such teams as the Seattle Mariners, San Diego Padres, and the Cincinnati Reds. His baseball career would eventually bring him to San Francisco, where he played 11 seasons for the San Francisco Giants. He was honored in representing the Giants in the 2001 All Star Game in Seattle, Washington.

Rich worked for Comcast Sports Bay Area and played an active role throughout his career in San Francisco with the Bay Area Make a Wish Foundation. Living in the bay area and traveling to the wine country for so many years gave him a wonderful love and appreciation for fine wine.

In addition to Red Stitch, Rich enjoys cooking many wonderful types of foods for family and friends - always sharing a favorite bottle of wine.  Rich currently resides in Phoenix Arizona with his two sons, Chaz and Gavin.

About Red Stitch Wine: Drawn together through a blind tasting group, our families (the Aurilias, Miceks and Roberts) have become close friends and devoted wine enthusiasts. Beginning in 2007, we have enjoyed incredible tastings in our homes and at our favorite restaurants across California and around the world. As our love for wine brought us closer together, our relationships across Napa and Sonoma grew deeper as well. After the 2008 baseball season ended for Rich and Dave, we started to lay the groundwork for our venture into the wine business. Enjoying one incredible tasting after another across the Napa and Sonoma Valleys, visits with Rolando Herrera of Mi Sueño Winery, and the story of his passion for the art of fine wine, led us to friendship and an ultimate partnership. Rolando’s knowledge and enthusiasm for Red Stitch gave us the opportunity to source incredible grapes from the Frog Tree Vineyard in the Coombsville region of Napa Valley for our first vintage of Red Stitch.

Since the formation of Red Stitch, all three couples have been intimately involved in the wine making process, and have worked closely with Rolando and the entire Mi Sueño family to craft a blend of Cabernet Sauvignon and Malbec that would stand the test of time. This hands-on approach defines our group’s desire to be involved in all aspects of the winemaking process. We are especially excited to include the Malbec varietal in our 2007 Napa Valley Cabernet Sauvignon both due to the vintage’s outstanding characteristics and the fact that a fantastic Malbec tasting first brought our three families together in San Francisco.
Posted by artmartinez91 at 6:11 PM 0 comments 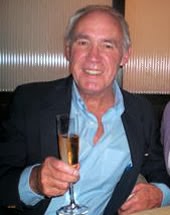 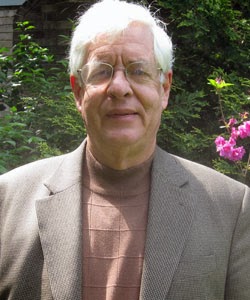 As President of the Atlantic Seaboard Wine Association and Board Member on the American Wine Society , Carl is in the Movers and Shakers category in the wine business. Among his long list of credentials , Carl is a certified wine judge , and will be flying in from the East Coast to be part of The San Francisco Chronicle Wine Competition.

We will have a chance to talk about the big competition , and get a perspective from an East Coast luminary.

Dan Barwick -  Winemaker, Paradise Ridge Winery
Winemaker for Paradise Ridge Winery , Dan is a favorite at CRN Studios.
Just nominated to be voted top Winemaker in a CRN poll, Dan will tell us what it takes to make the list. We will talk about new releases , and how record setting dry weather will treat the 2014 vintage.
Posted by artmartinez91 at 6:29 PM 0 comments

This veteran broadcaster has been part of major market operations for more than 30 years. He is the founder and President of CRN Digital Talk and has helped to launch the careers of countless media celebrities.  In addition to being the President of Cable Radio Network, Mike works with Paul Stern to host the nation's premier daily food, wine and travel show, the "What's Cookin' Today" show.  He also has hosted CRN Digital's popular "PM Show" for years. Horn’s experience in Los Angeles includes working at KBBQ and Alternative Rock/KROQ as News Director and later as on-air talent with KROQ’s original personalities Charlie Tuna, Sam Riddle, John Darren and Jay Stevens. Later Horn moved to KLAC Radio as Production Director and then to Country KFOX in Long Beach serving as on-air talent on the "Country Mike" show.
Horn teamed with Dick Whittington to become part of KFI’s comedy team line-up of Lohman and Barkley, Whittington and Horn, and Hudson and Landry on "Goodtime Radio KFI." He recently appeared with his good friend William Shatner on ABC TV's  "Boston Legal". Michael J. Horn is the founder and President of CRN Digital Talk Networks (Cable Radio Network), the world’s first original cable audio service. CRN’s reach has grown to more than 11 million cable customers across the United States, the Bahamas and U.S. Virgin Islands. CRN quickly became “the voice of cable” and the only exclusive 24-hour radio service for cable television. Horn, always looking to the future, placed CRN on the Internet (www.CRNi.net) to reach the World Wide Web’s millions of listeners.  Prior to launching CRN in 1983, Horn played a significant role in the evolution of radio in Southern California. Horn served as “on-air” personality for the legendary KBBQ, California’s first “hot” country station and paved the way for that sector of the industry to its’ subsequent nationwide appeal. Horn has a distinct style that makes his audience see and understand through his words. He knows how to draw out the information from “on-air” guests, making them look good while informing listeners.  In 1978, Horn founded Big Horn Productions, a company that pioneered the infiltration of country music to clubs in Los Angeles and the Marriott Hotel Chain. Big Horn Productions was an innovator in audio music entertainment by providing a comprehensive library of music to the vast circuit of nightclubs. As recognized cable audio expert, Horn was the voice of the Southern California Cable Marketing Council’s “Cable Up” commercials. Horn has appeared on TV’s General Hospital with “Frisco” (John Stamos) and “Blackie” (Jack Wagner) as well as “Luke” and “Laura”. His voice can be heard in numerous motion pictures and on many commercials. Horn is a graduate of California State University, Northridge, with a Bachelor of Arts degree in Radio, Television and Film and a minor in Speech. He has held positions with the Southern California Cable Association, Marketing Cable Council and past President of the Chamber of Commerce. Horn is also a member of the American Federation of Television and Radio Artists.

The winners of the CRN Food and Wine Awards are revealed.

Constance Locates - Epicurean Angel
There many benefits joining our wine community. We feature limited artisanal producers. Each week we introduce a winemaker who’s put his passion and expertise into his product. we are constantly on road trips scouting for these hard to find wines, so we do the footwork for you. We meet with them personally, taste, and ship these wines straight to your door. Even better shipping is absolutely FREE! We are confident about our palate but maybe you’re not. That’s ok cause we bring the wines to a panel of seasoned wine collectors who give them a thumbs up. In addition, if you are still doubtful, we host local events where you can taste, feats and meet the winemaker in person.We are proud of our events as you should too, because your event fee goes straight to charity.
Posted by artmartinez91 at 10:09 AM 0 comments