This veteran broadcaster has been part of major market operations for more than 30 years. He is the founder and President of CRN Digital Talk and has helped to launch the careers of countless media celebrities.  In addition to being the President of Cable Radio Network, Mike works with Paul Stern to host the nation's premier daily food, wine and travel show, the "What's Cookin' Today" show.  He also has hosted CRN Digital's popular "PM Show" for years. Horn’s experience in Los Angeles includes working at KBBQ and Alternative Rock/KROQ as News Director and later as on-air talent with KROQ’s original personalities Charlie Tuna, Sam Riddle, John Darren and Jay Stevens. Later Horn moved to KLAC Radio as Production Director and then to Country KFOX in Long Beach serving as on-air talent on the "Country Mike" show.
Horn teamed with Dick Whittington to become part of KFI’s comedy team line-up of Lohman and Barkley, Whittington and Horn, and Hudson and Landry on "Goodtime Radio KFI." He recently appeared with his good friend William Shatner on ABC TV's  "Boston Legal". Michael J. Horn is the founder and President of CRN Digital Talk Networks (Cable Radio Network), the world’s first original cable audio service. CRN’s reach has grown to more than 11 million cable customers across the United States, the Bahamas and U.S. Virgin Islands. CRN quickly became “the voice of cable” and the only exclusive 24-hour radio service for cable television. Horn, always looking to the future, placed CRN on the Internet (www.CRNi.net) to reach the World Wide Web’s millions of listeners.  Prior to launching CRN in 1983, Horn played a significant role in the evolution of radio in Southern California. Horn served as “on-air” personality for the legendary KBBQ, California’s first “hot” country station and paved the way for that sector of the industry to its’ subsequent nationwide appeal. Horn has a distinct style that makes his audience see and understand through his words. He knows how to draw out the information from “on-air” guests, making them look good while informing listeners.  In 1978, Horn founded Big Horn Productions, a company that pioneered the infiltration of country music to clubs in Los Angeles and the Marriott Hotel Chain. Big Horn Productions was an innovator in audio music entertainment by providing a comprehensive library of music to the vast circuit of nightclubs. As recognized cable audio expert, Horn was the voice of the Southern California Cable Marketing Council’s “Cable Up” commercials. Horn has appeared on TV’s General Hospital with “Frisco” (John Stamos) and “Blackie” (Jack Wagner) as well as “Luke” and “Laura”. His voice can be heard in numerous motion pictures and on many commercials. Horn is a graduate of California State University, Northridge, with a Bachelor of Arts degree in Radio, Television and Film and a minor in Speech. He has held positions with the Southern California Cable Association, Marketing Cable Council and past President of the Chamber of Commerce. Horn is also a member of the American Federation of Television and Radio Artists
Posted by artmartinez91 at 11:05 AM 0 comments 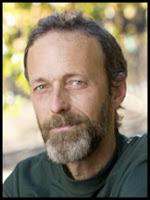 Fred Scherrer - Sherrer Winery
Since our small winery’s first vintage in 1991, our goal has been to create handcrafted, full-flavored wines that express the personality of the unique Sonoma County vineyards where they are grown. Fred first became known for Zinfandel from his father’s Alexander Valley vineyard, and now his careful hand with Pinot Noir from the Russian River and Sonoma County has quietly gained attention and a steady following. That same attention has made Chardonnay, Cabernet Sauvignon, and Syrah that exemplify the bounty of Sonoma County vineyards.

Thank you for taking the time to find us,
Fred and Judi Scherrer 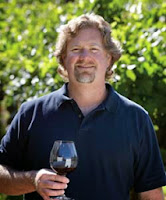 Jeff Stewart - Hartford Family Winery
Born and raised in South Lake Tahoe, California, Jeff Stewart is, not surprisingly, an avid skier. But it was a summer trip to France and an enthusiastic chemistry teacher that enticed him away from the mountains and into winemaking.
"My summer in France was really my first experience with wine as part of the family meal. I was fascinated with the lifestyle and the importance of wine in that culture," says Hartford Family Winemaker and General Manager, Jeff Stewart. "I knew I wanted to pursue a career in science and after several conversations with my high school chemistry teacher, I was soon enrolled in the Viticulture and Enology program at U.C. Davis. The idea of combining agriculture, science and the creativity of making wine, something celebrated and revered in many cultures for thousands of years, was mesmerizing."
Throughout his academic career, Stewart did internship work at Robert Keenan Winery and in 1988 received his degree in Fermentation Science, Viticulture and Enology from the University of California at Davis. Having also held winemaking positions at Laurier, De Loach, Mark West, Kunde, La Crema and most recently Buena Vista Carneros, Jeff brings with him a wealth of experience and an established reputation for quality. His deft hand with cool climate Chardonnay and Pinot Noir in particular make him a perfect fit to lead the winemaking team at Hartford Family Winery.
Posted by artmartinez91 at 10:52 AM 0 comments 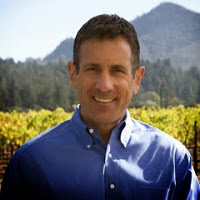 Christopher Silva - President & CEO of St. Francis Winery
Being President / CEO of St. Francis Winery would be more than most of us could handle. Chris is not only in that enviable position but is also one of the young Wine Industry notables who gives tirelessly to his job and community. St Francis is one of the most well know of the Sonoma Valley Wineries and the world wide acclaim is what we will discuss , along with finding out about  the new winemakers.

William Seppi - Costeaux French Bakery
Having won both local and national honors , Costeaux French Bakery is a Sonoma County treasure. Located in Healdsburg , the bakery is a must visit for all those touring the local Wine Country. Will is General Manager and one of the family who made Cousteaux into a favorite spot in our area. We will talk about the Holidays and his role in the big San Francisco Chronicle Wine Competition coming up in January.
Posted by artmartinez91 at 11:17 PM 0 comments

Pinot Days Southern California is our fastest growing event, and it makes sense! People who enjoy blue skies and an easy, breezy lifestyle gravitate to pinot noir because it is easy to pair, easy to drink, and fascinating to talk about. Couple that with the area's innovative food, and you have a fantastic coupling of place with pinot. Enjoy Winemaker Pinot Pairings at restaurants and wine venues around town in the days preceding our Grand Festival, which is back on the West Side at the Skirball Cultural Center. Meet our winemakers, hear their stories and enjoy the most diverse, lovely wines on the  planet....