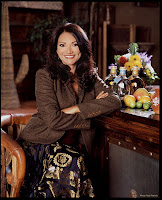 Sofia Partida - Southern California Regional Manager, Partida Tequila
Turns out that the key to a top-quality Tequila starts at the beginning.
Every ounce of Partida Tequila begins with a carefully cultivated supply of blue agave. We found ours near a dormant volcano in the Tequila Valley. Under the agave’s spiky tips lies “la piña,” Tequila’s soul.
Even with Tequila, patience is still a virtue. You cannot rush the growth of la piña – the bigger it gets, the more mature the sugars, and the more full, ripe, and flavorful it becomes. We wait 7-10 years. It’s not fast work, but it is worth the wait.
Most agave is cooked "the old fashion way," in stone ovens that are rarely cleaned. The soot that develops adds bitterness to the Tequila, not something we want to share with you. So at Partida we use only state-of-the-art stainless steel ovens to bake our agave, creating a smoother, cleaner agave taste. We even clean our ovens after each batch. Bonus!
But our 21st century skills don’t stop with cooking and cleaning: our Tequila is distilled twice under precise temperature control, yielding an excellent, non-aged Tequila. Some of which is filled by hand directly into our Partida Blanco bottles.
The rest is aged in one-pass Jack Daniel’s American Oak barrels. That’s right, we age our Tequila in barrels once used to age excellent whiskey. Why? Because those barrels make for excellent Tequila as well silly.
Our Reposado and Anejo are aged 50% more than required, and like ripe sweet apples, this aging makes for a better taste. Partida Tequila is completely natural with no additives and no coloration – the result is simply pure Tequila goodness.
Posted by artmartinez91 at 2:39 PM 0 comments


Mr. William S. Bloxsom-Carter is the Executive Chef and Director of Food and Beverage at the Playboy Mansion in Los Angeles, California. He has been creating extraordinary food and exclusive wine offerings for Hugh Hefner’s Playboy Mansion parties for over 26 years to 100,000 guests annually.
Chef Carter’s philosophy is to bring out the best flavors in food products from beginning to end with minimal intervention and uncompromising standards.
At the Playboy Mansion, Chef Carter has developed an internship/externship program with culinary schools nationwide. The program has garnered an exceptional reputation as the preeminent host facility for students. Additionally, Chef Carter is a recurring featured guest on numerous radio shows syndicated nationwide describing and promoting California wines and foods.
Chef Carter completed intensive studies with the Ritz-Carlton Hotel Company focusing on their Gold Standards of Hospitality Service to enhance the hospitality experience to all guests attending corporate and charity events at the Playboy Mansion. He initially studied at Florida Institute of Technology. He enhanced his education in hospitality related studies at UC Los Angeles Extension. Additionally, he has successfully completed UC Davis Extension classes in enology studies. He serves as a professional wine judge at competitions throughout California.
In June 1999, he received the PEI AWARD from Ms. Christie Hefner, former Chief Executive Officer of Playboy Enterprises. In April 2002, Chef Carter received the esteemed Auguste Escoffier Medal of Merit from the American Culinary Federation.

Clay Mauritson - Mauritson Wines
Up and coming young winemaker, Clay Mauritson, is the sixth generation in a family of grape growers. Born and raised in the Dry Creek Valley, Clay was destined for the wine business. In college Clay exhibited his prowess on the gridiron, playing outside linebacker for the University of Oregon Ducks in the 1995 Rose Bowl and the 1996 Cotton Bowl. Clay graduated in 1997 with a degree in Business Administration, with an emphasis in Marketing and a minor in Economics. Armed with his new degree he came back to Sonoma County to officially enter the wine industry. Clay worked for 5 years at Kenwood Vineyards in the Sales & Marketing Department (starting even before he graduated from college), spending much of his time traveling and making sales contacts as Assistant National Sales Manager. After leaving Kenwood, Clay had the opportunity to work with the winemakers at Taft Street Vineyards and Dry Creek Vineyards, allowing him to hone his winemaking skills and gain additional knowledge of winery operations. From the 1998 vintage Clay produced his first bottling of Dry Creek Zinfandel under the Mauritson label, and in 2002 he began devoting his efforts full-time to the Mauritson Family Winery project. Clay's winemaking philosophy is simple…you need exceptional fruit to make exceptional wine. This is where the advantage of having a family heritage of grape growers becomes obvious…270 acres of family vineyard and strong relationships built over the years with other growers have given Clay access to some of the best fruit that Sonoma County, Dry Creek Valley and Rockpile have to offer. Devoted to making exceptional wines, Clay is on his way to becoming one of California's foremost young winemakers. Clay lives in Healdsburg with his wife Carrie-Anne and dogs SoHo and Chelsea.

David Ready Jr. - Winemaker, Murphy-Goode
We think our winemaker, David Ready, Jr., is a rock star. Not only did he grow up playing drums in bands around Minneapolis, he also lays down a pretty impressive set of wines. Son of founder Dave Ready, David Jr. first worked harvests in Sonoma County and Australia. Eventually he came back to Murphy-Goode to craft our line-up of Zin, Cab and our original pair—Fume Blanc and Chardonnay. You’ll find David with music playing in the cellar, a Minnesota Viking helmet on his head, and his nose deep in a glass of Murphy-Goode.
Posted by artmartinez91 at 5:13 PM 0 comments 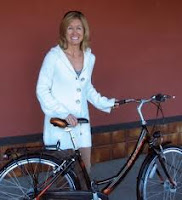 Shafer Vineyards traces its beginnings to 1972 when John Shafer left a 23-year career in the publishing industry and, with his family, moved to the Napa Valley to pursue a second career in wine. After purchasing a 210-acre estate in Napa Valley's Stags Leap District, the Shafer family faced the arduous task of replanting the existing vineyards, which dated to the 1920s, and terracing the steep and rocky hillsides, eventually expanding vineyard acreage to its current 50 acres.

Evolving from grape growers to vintners, the Shafers crushed their first Cabernet grapes in 1978 and began construction on their winery a year later.

The first Shafer Cabernet became a benchmark, winning the acclaimed San Francisco Vintners Club taste-off upon release and, over a decade later taking first place in an international blind tasting held in Germany, where it outranked such wines as Chateau Margaux, Chateau Latour and Chateau Palmer.

Doug Shafer became winemaker in 1983 after graduating from the University of California at Davis with a degree in enology and viticulture. A year later Elias Fernandez joined the winery as assistant winemaker. Together Doug and Elias have worked closely to forge the Shafer style of quality, consistency and elegance.
New vineyards have been added over the years, with acreage acquired in the Oak Knoll, Stags Leap and Carneros districts, bringing the total Shafer vineyard acreage to over 200 acres. Winery facilities have been expanded and extensive caves carved into the hillside for aging wine.

In 1994, Elias was appointed winemaker, and Doug took over the reins as president when John became chairman of the board.

From a modest beginning of 1,000 cases in 1978, the winery has grown steadily until reaching its present size of 32,000 cases of Cabernet Sauvignon, Merlot, Chardonnay, and Syrah. Today Shafer wines are available in major markets nationwide and in many foreign markets.

Stephanie Izard (born October 30, 1976) is an American chef residing in Chicago, Illinois, and was the winner of the fourth season of Top Chef, Bravo's cooking competition show. She is the first woman to have won Top Chef, and the only woman to win until Kristen Kish won the season 10 competition. She is also the co-owner and Executive Chef of Girl & the Goat and Little Goat, both of which are located in Chicago.

Shannon Staglin is President at Staglin Family Vineyard. After graduating from UCLA with a degree in Cultural Anthropology she moved back to Napa to work as a harvest intern in 2001 where she learned the details of production and viticultural practices. In 2002 she moved from the winery into the office where she honed her skills in marketing, hospitality, consumer and trade sales. After earning her MBA from the UC Davis Graduate School of Management she chose to work for several years outside of the wine business to gain insight, a different perspective and valuable experience that she could one day share with Staglin Family Vineyard. She was recruited to create the marketing program for Wells Fargo Family Wealth, providing multifamily office solutions to ultra-high net worth client families.
In 2011 Shannon returned to Staglin Family Vineyard where she oversees all aspects of the business. Her educational and professional experiences provide a new perspective and a fresh outlook that will enhance the family business for many years to come. Cesare Mondavi emigrated from Marches, Italy in 1906, to Minnesota and worked in the iron mines. In 1908, he returned to Italy to marry Rosa Grassi and settled in Virginia, Minnesota where they operated a boarding house and saloon. Four children were born to the couple: Mary, Helen, Robert and Peter. In 1922, at the beginning of Prohibition, the family journeyed to Lodi, California where Cesare built the lucrative grape and fruit shipping business, C. Mondavi & Sons.

Peter attended Stanford University, graduating in 1937, going on to pursue graduate studies in enology at University of California, Berkeley. He later served in the U.S. Army during World War II before returning home to help run the winery.

Since the early 1980s, Peter's two sons, Marc and Peter Jr., educated at UC Davis and Stanford respectively, have assumed major roles at Charles Krug Winery. Both Marc and Peter Jr. are active in all aspects of viticulture, winemaking and marketing. Peter Mondavi Sr. remains active in the day-to-day winery operation, although he is increasingly relying on his sons and the fourth generation to determine the winery's vision.

Though just 30 miles long and a few miles wide, Napa Valley is home to diverse microclimates and soils uniquely suited to the cultivation of a variety of fine wine grapes. After working for four years as assistant winemaker at Paradigm for Heidi Barrett, one of the world’s renowned winemakers, Anne Vawter opened her winemaking consultancy with support and encouragement from Heidi, whose referrals now make up Anne’s client list. Shortly after, Anne began her own venture - Red Mare Wines.

An avid horse woman, Anne named her wine label in honor of her red mare, Paradigm, who was a bonus given to her during her time at Paradigm Winery. The inaugural release of Red Mare Cabernet Sauvignon, the 2007 vintage, sold out in just two months. In addition to her Cabernet Sauvignon, Anne also produces a Napa Valley Sauvignon Blanc and will add a Sonoma Chardonnay in the 2011 vintage.

Red Mare Wines sources fruit meticulously from very small, well-respected vineyards throughout the Napa Valley, from a cool enclave of the Carneros to a hill top in Coombsville, and northward on the Valley floor in Oakville, Rutherford and St. Helena.  Our 2011 Chardonnay hails from a choice location in the famed Russian River Valley of Sonoma.  We look for vineyards with unique qualities and distinctive character that will come together in the blending process to produce layered and beautifully balanced wines.