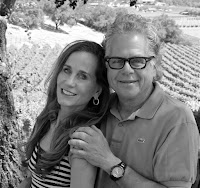 Jeff Garguilo - Gargiulo Vineyards
As a lifetime farmer, Jeff Gargiulo has always been passionate about the land and agricultural, and today that passion is focused on the joys of grape growing and fine wine making. 30 years ago though, he and his wife Valerie only dreamed of one day building a premier wine estate. That dream took shape in the early 1980s when Jeff and Valerie and their young family traveled to Napa Valley to visit Valerie's cousins, Barney and Belle Rhodes. Napa Valley icons, Barney and Belle Rhodes had been in the Napa Valley since the late 1960s growing grapes in Rutherford at Bella Oaks Vineyard. Jeff and Valerie were inspired by their cousin’s Napa Valley lifestyle and confident that with their help and Jeff’s agricultural knowledge they would make some of the finest wines in the world. Twelve years later and with countless hours of coaching from Barney and Belle, Jeff and Valerie purchased their first vineyard in Oakville, Napa Valley, Money Road Ranch in 1992. Seven years later they purchased their second Oakville property, 575 ovx.
From the beginning, the Gargiulo’s committed themselves to creating a world class Cabernet Sauvignon wine estate. From his years spent farming, Jeff Gargiulo, knew that if he didn't start with the very best land, he could never expect to grow the best grapes. For this reason, the Gargiulo's chose Oakville to establish their namesake winery. Then, like today, Oakville was considered to be amongst the preeminent places to grow Cabernet Sauvignon in the world. The very first vintage of Gargiulo Vineyards Cabernet Sauvignon was 2000, and since then Gargiulo Vineyards has quietly taken its place among the most highly regarded Cabernet Sauvignon producers in Napa Valley. Not ones to rest on their laurels, Jeff, Valerie, daughter, April and the entire Gargiulo Vineyards’ team continue to strive to make Gargiulo wines the most pure and breathtaking expressions of their two esteemed Oakville vineyards. 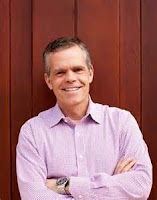 David Duncan - Silver Oak Winery
After selecting Daniel Baron to succeed him as winemaker in 1994, Justin sold his share of Silver Oak to the Duncan family in 2001. The family continues to carry Ray and Justin’s vision forward, with Ray’s son Tim serving as Executive Vice President managing sales and marketing strategy, and his son David serving as the winery’s President and CEO, overseeing production and operations. In 2006, when a fire devastated Bonny’s Chai, which had been the physical and emotional anchor of the Oakville property, the Duncan family took the opportunity to start fresh, this time using their 35 years of experience to build the ideal winery for producing Silver Oak’s Napa Valley Cabernet Sauvignon. The new winery was open for harvest in 2008. More than anything, it is a symbol of the tradition of excellence and continuous improvement established by Silver Oak’s founders many years ago.
Posted by artmartinez91 at 12:00 PM 0 comments

Judith Fabre McDonough - Mariposa Wines
For Judith Fabre McDonough, it's always been about fine wine and food. As a national sales representative for such famous brands as Petrossian Caviar, Caviar Star and Cipriani, Judith has explored the culinary and fine dining universe, learning to expertly pair great food with great wine and create memorable experiences.

Now, as the newest fine wine wholesaler in Massachusetts, Judith has focused her love and passion for Italian wines, becoming the exclusive seller of offerings from small family-owned estates in Italy helping make their products available for the first time in the Eastern US.

Larry Hyde - Larry Hyde & Sons Winery
In 1979, Larry Hyde began planting vineyards on the pasture land in Carneros that would become Hyde Vineyards. Larry’s work experience at various vineyards and wineries and travels through the North Coast region led him to this site, with ideal East facing slopes, gentle sun exposure and cool coastal influence. His experimental attitude and pioneer spirit has brought about one of the most unique vineyards in the area. With a great diversity of clonal selections, experiments in vine row orientation, and rootstalk trials which span over 33 years on what is now nearly 200 acres.
Posted by artmartinez91 at 10:00 PM 0 comments


It started over 20 years ago as a fantasy: living on a lush beautiful vineyard, producing your own style of favorite premium varietal wines that are well received and appreciated by those who have discovered the wines and shared them amongst friends.
Now, drive along the scenic Highway 46 West, about three miles west of the 101 Fwy at Oakdale Road, you will find this dream has become reality for David Hunt, Winemaker and owner of Hunt Cellars, a winery committed to producing “Memorable Wines”. We believe that great wines leave indelible impressions when poured with wonderful meals and great friends and scintillating conversations. Hunt Cellars was founded on the philosophy of producing wines that you will look forward to simply sipping by a cozy fireplace or pairing with your favorite meals to enhance that special event or moment in time.
When The Hunt Family decided to pursue their dream they were uncertain where they would choose to build their vineyard. The Hunts spent exhaustive days and weekends traveling to various premium wine regions from Oregon, Washington, and throughout the State of California. They finally narrowed their decision down to the Central coast to San Luis Obispo County. Paso Robles was selected because of its rich diversity in soils, superb growing climate and unique styles of wine making along with the spirit of graciousness and traditional American values.


PaQui Tequila is made by Tequila lovers for Tequila lovers. It combines the most flavorful and drinkable characteristics of any Tequila we know. It has a distinct agave flavor that encompasses a variety of complex and extremely pleasing notes that dance on the palate. Like the finest of wines, PaQui Tequila has a beautiful spectrum of flavors that emer
ge throughout the entire tasting experience. Remarkably, given all the full bodied flavor, PaQui Tequila has one of the smoothest and cleanest finishes that we have ever tasted in any Tequila, at any price.

PaQui Tequila is the only Tequila made with our own process of "Selective Distillation". We actually separate the heart of the distillation into many different components as it is being distilled off the pot still. Our Master Distiller then analyzes each component for superior taste, aroma, and smoothness, and only uses the components that will produce the most superior Tequila, while discarding the rest. This is a very expensive and time consuming process, but it is one that we feel any knowledgeable and enthusiastic Tequila lover will appreciate!
Posted by artmartinez91 at 8:56 PM 0 comments


Former investment and international banker Justin Baldwin founded JUSTIN Vineyards & Winery in 1981 when he purchased 160 acres west of Paso Robles on California's Central Coast and planted his estate vineyards.
Since its inception, Justin has focused his efforts on producing world class Bordeaux style blends from the estate vineyards for the JUSTIN label. Justin is a pioneer in producing this style of wine on the Central Coast and his efforts have been rewarded with past and present vintages earning 90+ points by the major wine trade publications. More encompassing recognition has come from awards such as the Grand Sweepstakes award winner, Best of class, Best of Region, the coveted Pichon Lalande trophy for "World's Best Blended Red Wine" and Wine Spectators Top 10 Wines of the World. Vintages have received numerous accolades by capturing Decanter Magazine's "4 Stars", Restaurant Wine's "3 Forks" and Connoisseurs Guide's" 3 Puffs". Justin has consistently earned the praise of the wine press with recognition from the likes of Robert M. Parker Jr. naming Justin Baldwin one of his "Wine Heroes of the Year" and the "Star of Paso Robles", the James Beard Foundations "Great American Winemaker Award", Quarterly Review of Wine's "Top 3 Cabernet Producers of the Year", and Wine Enthusiast's "Top Cabernet and Blended Wine Producers List" for seven years running.
Food and JUSTIN wines go together. In fact, JUSTIN is the only winery on California’s Central Coast to retain a full-time chef whose kitchen works daily to pair acclaimed JUSTIN wines with fresh seasonal and vineyard grown offerings. Justin is an active participant in the wine world. He is a frequent panelist at prominent food and wine events worldwide, is a board member of the Family Winemakers of California, board member of the Wine Institute, board member of the Paso Robles Wine Country Alliance, vice-chair Paso Robles AVA committee, co-founder of the West Side Grand Crew, the Far out Wineries of Paso Robles and The Wellness Community Central Coast. For his contributions Justin has been named the Paso Robles Wine Industry person of the year and has been made a Commandeur d’ Honneur De L’Ordre Du Bontemps Du Medoc.

Born and raised in South Lake Tahoe, California, Jeff Stewart is, not surprisingly, an avid skier. But it was a summer trip to France and an enthusiastic chemistry teacher that enticed him away from the mountains and into winemaking.
"My summer in France was really my first experience with wine as part of the family meal. I was fascinated with the lifestyle and the importance of wine in that culture," says Hartford Family Winemaker and General Manager, Jeff Stewart. "I knew I wanted to pursue a career in science and after several conversations with my high school chemistry teacher, I was soon enrolled in the Viticulture and Enology program at U.C. Davis. The idea of combining agriculture, science and the creativity of making wine, something celebrated and revered in many cultures for thousands of years, was mesmerizing."
Throughout his academic career, Stewart did internship work at Robert Keenan Winery and in 1988 received his degree in Fermentation Science, Viticulture and Enology from the University of California at Davis. Having also held winemaking positions at Laurier, De Loach, Mark West, Kunde, La Crema and most recently Buena Vista Carneros, Jeff brings with him a wealth of experience and an established reputation for quality. His deft hand with cool climate Chardonnay and Pinot Noir in particular make him a perfect fit to lead the winemaking team at Hartford Family Winery.