Ernie Loosen - Loosen Bros. USA Ltd.
Roots of the wine
The Dr. Loosen estate has been in the same family for over 200 years. When Ernst Loosen assumed ownership in 1988, he realized that with ungrafted vines averaging 60 years old in some of Germany’s best-rated vineyards, he had the raw materials to create stunningly intense, world-class wines. To achieve this, Ernst dramatically restricts crop size, prohibits chemical fertilization, insists on very strict fruit selection, and employs gentle cellar practices that allow the wine to develop its full potential with a minimum of handling.
Classified quality
All of Dr. Loosen’s six major vineyards were designated as “Erste Lage” — equivalent to grand cru — in the 1868 Prussian classification of Mosel vineyards. Only wines from these top-rated sites are bottled with a single-vineyard designation. All others are labeled simply as estate wines.
The Elements of Quality at Dr. Loosen The regional climate
The Mosel’s steep, south-facing slopes create the perfect climate for Riesling, giving the vines ideal exposure to the low-lying, northern sun. Generally cool conditions allow the grapes to ripen slowly, while retaining bright acidity.
The slate soil
The Mosel’s stony soil and rocky outcroppings reflect sunlight and hold in heat, creating very warm microclimates in the best sites and helping to ensure excellent ripeness. Thin topsoil forces the vines to dig deep for water and nutrients, producing vibrant wines that capture the strong minerality of the soil.
Old, ungrafted vines
Dr. Loosen owns vines that are well over 120 years old, and all are on original rootstock (phylloxera can't survive in the Mosel, so ungrafted vines are allowed here). Old vines produce naturally lower yields, resulting in higher concentration and richness.
Accolades for Ernst Loosen
Posted by artmartinez91 at 8:44 PM 0 comments

Craig Haserot is co-founder and proprietor of Sojourn Cellars. He oversees sales, marketing, and operations, and he also plays important roles in the finance and winemaking functions of the winery. And while he enjoys his work in all of these different facets of the winery, his favorite part of his job is spending time with customers at release parties, wine events, and Tasting Salon gatherings.
During his nearly ten years in the wine business, Craig has immersed himself in all the aspects of the winery business. On the winemaking front, he has served as unofficial assistant winemaker, planted our estate vineyard (Home Ranch Vineyard), and managed grower relationships at a total of 14 vineyards in 2009. Craig’s main responsibility, however, has been to lead Sojourn’s sales and operations, and his success in these areas has enabled Sojourn’s production to grow to 5000 cases.
After growing up in San Marino, California, Craig attended Humboldt State University and graduated with a degree in Business Administration. He began his 16-year sales and sales management career in computer software with Ashton-Tate and left it in 2001 after working at Micromuse. Sojourn produced its first Cabernet Sauvignon in 2001 and Craig planted the Home Ranch Vineyard in 2002.
Craig lives in Sonoma with his wife Ellen and their four-year-old daughter Natalie.
Wes Hagen - Vineyard Manager/Winemaker Clos Pepe Vineyards and Estate Wines

Wes Hagen: Vineyard Manager, Winemaker. Wes has run the show here at Clos Pepe since 1998. He manages the vineyard and the crew, communicates with our producers and fine-tunes viticulture to suit the stylistic needs of their winemaking. Involving himself in every aspect of the planting, growing, harvest, crush, fermentation, aging, bottling, shipping and marketing (jncluding the photography and text in the website), Wes is passionate about his life's goal -- producing and celebrating world-class Santa Rita Hills Pinot Noir and Chardonnay. From 1997-98, Wes researched and wrote the petition that established the Santa Rita Hills American Viticultural Area with help from Bryan Babcock, Richard Sanford and other local wine personalities. The 'Santa Rita Hills AVA' was approved in 2001, and the name was changed a few years later to 'Sta Rita Hills AVA'. In his quest to promote the wines of Santa Barbara County, and the Santa Rita Hills in particular, Wes created and served as Director of the Santa Barbara County Fair Wine Competition from 2002 until 2004. As a result of his hard work promoting the region and penning the AVA Petition, Wes was awarded the Central Coast Winegrower's Association 'Grower of the Year Award' for the 2001-2002 growing seasons. Wes writes a bi-monthly column for WineMaker Magazine called 'Backyard Vines', and has written content for the L.A. Times Magazine, guest blogged for the Wine Spectator and ZesterDaily.com, articles for the Sommelier Journal,'Burgundy-Report', WestCoastWine.Net, VineSwinger.com and other small publications. In his free time Wes consults on establihsing small vineyards (hillside Pinot Noir only), and has judged the L.A County Fair Wine Competition for eleven years, Riverside International for twelve, and the Long Beach Grand Cru for thirteen years. Wes also lectures on subjects such as the history of wine, backyard winegrowing, and general topics of viticulture and wine education.
Chanda Hagen: Assistant Winemaker, Olive Tree Pruner, Animal Trainer, Shepherdess. Chanda and Wes met in April 1999 over a bottle of Beaujolais at a college-style party in Isla Vista (UCSB). Their first date was the Vintner's Festival the next weekend, and they have been inseparable ever since. The marriage proposal was accepted on New Years 1999-2000, and the couple was married at Clos Pepe on September 9th, 2000. Their Honeymoon was spent picking and crushing the grapes from the 2000 Vintage, which resulted in a Pinot Noir that Robert Parker called 'brilliant', 'complex' and 'promising'; just like their marriage! Chanda's influence as assistant winemaker runs deep. She makes sure Wes' energies are tempered by common sense and an obsessive degree of winery sanitation and organization. Besides Pinot Noir, Chanda's passion is horses: Hunter/Jumpers and Dressage. Chanda is training her horse, Charlemagne (Chase for short), for Dressage. Chanda also takes care of our miniature sheep here at the Clos, which have been bred into a flock for eating winter weeds and fertilizing the vineyard organically and sustainably. 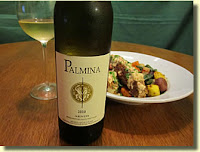 Toby Oshiro - National Sales Director Palmina Wines
Palmina is more than a winery and enoteca. It is a philosophy and it is a passion. It is a strongly held belief that wine is an extension of the plate, a component of a meal and a means to bring people together. Formed by winemaker Steve Clifton in 1995, Palmina is named in honor of Steve’s great friend Paula, who taught him to love cooking, wine and the Italian lifestyle and who was a spark in Steve’s life. After Paula succumbed to breast cancer, Steve found that her given name on her Italian birth certificate was Palmina, and the winery was thus fittingly named.
Serendipity intervened in 2000 when Steve needed to find someone who spoke Italian when hosting some visitors from Italy and was advised that the wine manager at local restaurant bouchon was fluent. He was introduced to Chrystal Seals, who not only provided the needed translation but shared his passion for wine and food and all things Italian. Chrystal soon became involved in all aspects of Palmina. They were married in Friuli, Italy in the Spring of 2004. Today, Palmina produces a full range of wines crafted from Italian varietals grown in Santa Barbara County, California. They are not trying to emulate the Italian versions of those grapes, but rather interpret the styles to the growing conditions and vineyard sites of the very unique characteristics of Santa Barbara County. The wines are Italian by tradition and modern by design, and all are designed to be an “extension of the plate”. 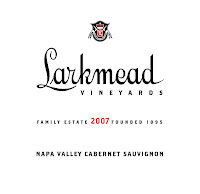 Colin MacPhail - General Manager, Larkmead Vineyards
Colin joined Larkmead Vineyards in April 2005 and by coincidence hails from the same birthplace as Andy Smith our winemaker (Edinburgh in Scotland). He studied Hotel and Restaurant Management and worked in the UK hospitality industry before embarking on a career as a radio producer at the BBC.Colin and his family arrived in Napa Valley in 1998 and he worked in various aspects of the wine business from tasting rooms and travel tourism to retail before taking a post at Rudd Winery. He spent the next 5 years as project manager and distiller while setting up 'Distillery 209' in San Francisco. His broad range of experience and skills have proved to be very useful as Larkmead Vineyards spreads its wings in this new and exciting era.