Jay Christopher Somers wanted to be  rock star. One of his earliest memories was the day his mother came home with the new Creedence Clearwater Revival album, Cosmos Factory. As the 4-year-old Jay listened over and over to John Fogarty’s wailing guitar solo in “Heard it Through the Grapevine,” he knew that’s what he wanted to do. And yet, rooted somewhere in that song, another

message planted itself in his subconscious. Something about grapevines.


Jay eventually did get a guitar — today he has quite a collection — and learned to play with great skill. In terms of careers, however, he did what any college grad with a degree in philosophy would do: he made beer. After several years as a brewer for McMenamins, he met a beautiful woman named Ronda. Ronda liked Jay, but didn’t care for beer. Making two of the best decisions of his life, Jay married Ronda and got out of the beer business, deciding to focus, instead, on his latest passion: wine.
In the years leading up to the launch of his own winery, Jay had the great fortune to work with Don Kautzner at Adelsheim Vineyard in Oregon, Neil McCallum at Dry Creek Vineyard in New Zealand, and John Paul at Cameron Winery in Oregon. From Don, he learned that it was possible to make Burgundian-style Pinots in Oregon. Through Neil, he gained a passion for white wines. And in John, he found a lifelong friend and mentor.
In his five years at Cameron, Jay adopted an Old World style of vineyard management and winemaking — a style that resulted in wines that tasted more like the Burgundies he loved to drink. With John’s encouragement, he bottled his first J. Christopher vintage in 1996, using the Cameron facility and fruit purchased from the neighboring Charlie’s vineyard. (Side note: Jay is the first and only winemaker ever to make wine from this excellent vineyard.) His first vintage, like many to follow, sold out in less than a week.
After Jay’s third vintage of J. Christopher, his mentor gently and encouragingly nudged the fledgling from the nest. Jay spent the next 11 years making J. Christopher alongside Holloran Vineyard Wines at the Holloran facility in the Willamette Valley. Here, he continued to develop his Burgundian winemaking style: “Don’t force the vineyard, don’t irrigate the crap out of it, don’t spray a bunch of chemicals on it, and do all the hand labor right.”
In 2004, an opportunity arose to help the shorthanded crew at the Dr. Loosen winery in Germany’s Mosel Valley. A big fan of German Rieslings, Jay pounced on it. Over many bottles of wine after long days of work, he and winemaker Ernst Loosen discovered that they had a mutual taste and passion for Pinot Noir. Ernie had long dreamed of owning vineyards in Burgundy, but, turned off by the price, had begun thinking about the second best place in the world to grow Pinot Noir: Oregon. Over many more bottles, the two hatched a plan, and soon began making a collaborative Oregon Pinot called Appassionata. In 2010, they formalized their partnership, bought a 40-acre property on Chehalem Mountain in Newberg, Oregon, and began building a new J. Christopher winery. Jay continues as the winemaker for the partnership, while Ernie provides Old World expertise and financial support.
Today, in addition to making wine, Jay plays lead guitar for the Portland band Poncho Luxurio. Fans of both his music and his wines tell him he’s a rock star. So all in all, he feels, things have turned out very well.


Steven Ackad, Wine and Spirits Director at A Restaurant in Newport Beach 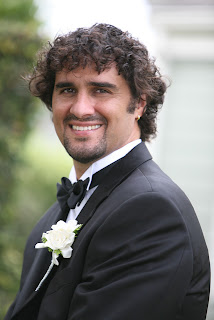 "Finding the perfect pairing of wine/spirits and food is my passion.

With so many wines in the world and a plethora of food choices, the search is endless and my job brings me immense pleasure."


Since 1922 The Arches has been the destination for fine dining in Newport Beach. Known for it’s amazing steak and seafood menu
It is a place where celebrities and local customers can dine in privacy. With grand renovations and its rebirth as "A Restaurant," this landmark will once again be a haven for classic culinary experiences.

Roots of the wine

The Dr. Loosen estate has been in the same family for over 200 years. When Ernst Loosen assumed ownership in 1988, he realized that with ungrafted vines averaging 60 years old in some of Germany’s best-rated vineyards, he had the raw materials to create stunningly intense, world-class wines. To achieve this, Ernst dramatically restricts crop size, prohibits chemical fertilization, insists on very strict fruit selection, and employs gentle cellar practices that allow the wine to develop its full potential with a minimum of handling.

Classified quality
All of Dr. Loosen’s six major vineyards were designated as “Erste Lage” — equivalent to grand cru — in the 1868 Prussian classification of Mosel vineyards. Only wines from these top-rated sites are bottled with a single-vineyard designation. All others are labeled simply as estate wines.

The Elements of Quality at Dr. Loosen

The slate soil
The Mosel’s stony soil and rocky outcroppings reflect sunlight and hold in heat, creating very warm microclimates in the best sites and helping to ensure excellent ripeness. Thin topsoil forces the vines to dig deep for water and nutrients, producing vibrant wines that capture the strong minerality of the soil.

Old, ungrafted vines
Dr. Loosen owns vines that are well over 120 years old, and all are on original rootstock (phylloxera can't survive in the Mosel, so ungrafted vines are allowed here). Old vines produce naturally lower yields, resulting in higher concentration and richness.

Accolades for Ernst Loosen
Posted by artmartinez91 at 4:45 PM 0 comments

Lorenzo Mottola - Ste. Michelle Wine Estate
Ste. Michelle Wine Estates is the ‘String’. Our collection of estate wineries are the ‘Pearls.’ We call this our ‘String of Pearls,’ describing a collection of estate wineries whose vineyards produce some of the best wines in the world.
Significantly, it also highlights our company philosophy: We believe that each “pearl’s” luster is best revealed when the vineyard and wine-making decisions are made on site by the people who grow the grapes and make the wine. The Ste. Michelle Wine Estates company is simply the “string,” providing administrative and financial support for these extraordinary wine properties.

Ste. Michelle Wine Estates President and CEO Ted Baseler notes, “With Chateau Ste. Michelle as our first pearl, over the years we have developed or acquired other wineries that meet our high standards of quality and whose wines are distinctive. These wines reflect the place where they are grown.”

From Washington State’s short, warm summers and sparse soil, to the cooler climate and mineral-rich soil of the Willamette Valley to the complex soil and longer, hot summers of the Napa Valley, the terroir of the pearl on our string is as unique as each wine in our portfolio.

Andrew Apodaca, Host of What's Cookin on Wine - Oregon Report and Partner/General Manager Dick Calafato will discuss their winery Pyrenees Vineyard and Winery and it's award winning wines. They will also discuss the rapidly growing Southern Oregon wine region and their latest winery purchase as well as their plans for the future. It's location on the scenic Umpqua River makes this winery a destination that will delight all your senses.

Apodaca family’s commitment to the superb quality of their wines is evident in its excellent quality and distinction. Pyrenees Vineyard and Winery pulls many of its influences from the Basque country of northern Spain where the Apodaca’s Heritage was originated. Pyrenees Vineyard and Cellars brings to you their many varietals of wines from the finest Oregon grapes influenced by the textures of the rich soil, the abundant vegetation and mild climate of the Umpqua Valley.
Pyrenees Vineyard and Cellars sets along the South Umpqua River surrounded by 30 acres of lush grapes and rolling hillside. You will find sitting out on the vineyard’s deck overlooking the river extraordinary, while you take pleasure in one of our indescribable wines. Come walk through our long rows of beautifully intertwined grape vines and smell the aromas in the earth and wind that you find as welcoming on your palate as you take each sip of our Vino.
At Pyrenees Vineyard and Cellars we have a wonderful group of people who will welcome you as old friends and take you through our majestic wine selection. A place where relationships are created that last life times and memories will be made that last through-out countless generations!
Posted by artmartinez91 at 6:00 PM 0 comments