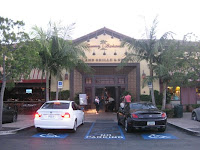 Tony Motakef - General Manager at Tommy Bahama in Newport Beach
Sit back and enjoy the island lifestyle at Tommy Bahama's Island Grille featuring regional, seasonally fresh cuisine in a casually, elegant setting. Designed for Newport Beach locals and visitors, it is a comfortable oasis where fresh, unpretentious food and an easy, gracious spirit create a unique place to meet and enjoy. Dinner reservations are recommended, but walk-ins are welcome.
Posted by artmartinez91 at 4:45 PM 0 comments

zmin Ghahreman is a citizen of the world. Born in Iran, educated in Switzerland, having lived and worked all over the world. Over the last 20 years, this widely-traveled industry star has immersed himself in the cooking styles and cuisines of: classic and nouvelle French; Mediterranean, Hawaiian Pacific Rim, Asian, Middle Eastern, Modern Australian, American Southwest and American Pacific Coast/California.

He now calls Southern California his home and base for his various culinary projects which have been lauded by guests, customers and media from far and near. In fact, OCMETRO BUSINESS listed Ghahreman as one of the “2007 Hottest 25 People in Orange County” and dubbed him ‘rock star chef’.

He is an actively involved with local school efforts to educate children about healthy and sustainable foods, as well as a supporter for cause-related organizations, including The March of Dimes; Juvenile Diabetes Research Foundation; National Kidney Foundation; Miracles for Kids, and the AIDS Foundation.

This 47-year-old resident of San Juan Capistrano shares his life and culinary passions with his wife and their three young children. His hobbies are very much related to his profession and include gardening, everything about wine, learning more about the worlds of spices and cheese. 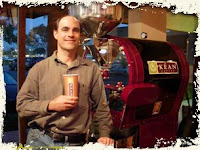 rew up in Guatemala where his family owned a small coffee farm. In 1983, Martin left behind a blossoming career in Mayan archeology and came to Costa Mesa to help his parents with their small custom coffee roastery. During that year his vision emerged to create community meeting places where folks could gather and enjoy his family's high quality coffee. He founded the first Diedrich Coffee coffeehouse in Costa Mesa in 1984. Under Martin's direction, Diedrich Coffee grew to nearly a dozen locations over the next ten years and earned the reputation as "The Best Coffeehouses in Orange County". These original coffeehouses were exciting, creative hives of activity and the most popular gathering places in their respective neighborhoods.

In September of 1996, Diedrich Coffee went public. Within a few years there were more than 30 Diedrich Coffeehouses in California, Colorado and Texas. Martin Diedrich is now considered one of the pioneers of the coffeehouse phenomenon. Martin has been a Master Roaster for 21 years and is an internationally recognized coffee expert. In 2005 Martin was presented with the Specialty Coffee Association's Lifetime Achievement Award an award only bestowed on a handful of other individuals, including, Alfred Peet the founder of Peet's Coffee, Jerry Baldwin the founder of Starbuck's, George Howell the founder of Coffee Connection in Boston, Dr. Illy the family patriarch of the Illy Coffee.

In June of 2004, Martin resigned his position at Diedrich Coffee, and began to manifest a new vision: a state-of-the-art, cutting edge coffeehouse that would bring back the community feeling, coffee connoisseurship, and cultural atmosphere of his early Diedrich coffeehouses, as well as embrace his ideal that businesses should model community and global responsibility and awareness, both environmental and cultural. In December of 2005, Martin and Karen Varese Diedrich opened the doors of Kéan Coffee in Newport Beach, California. Named for their only son, Kean, Kéan Coffee is just a stones throw from the first location where Martin had originally joined his parents Carl and Inga. Kéan Coffee has already developed a loyal following of customers with its high quality artisan coffees fresh roasted onsite daily by Martin himself, in a world-class roaster built and manufactured by his brother Stephan Diedrich in Sandpoint Idaho. Through Kéan Coffee, Martin Diedrich is taking his community coffeehouse vision to the next level.

a Winemaker New Zealand Estate
Founded in 1961 by its current owner and Managing Director Sir George Fistonich, Villa Maria Estate is now seen as an icon in the New Zealand wine industry.

An unrelenting commitment to producing quality wine has allowed Villa Maria to cement its place as New Zealand’s most awarded winery for over thirty years.

A passion for quality which begins with astute vineyard selection and expert winemaking is carried throughout every part of the family owned winery, resulting in premium quality New Zealand wine that is enjoyed throughout the world. 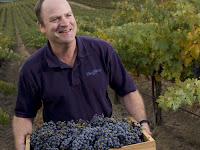 “My goal is to use winemaking to bring out the natural varietal character and the regional expression in the wines.”

Brimming with culinary talent and wisdom, Chef Jamie whips up delicious recipes and culinary delights for television and radio audiences around the globe. Her weekly 2-hour Live Radio Show entitled "Food & Wine with Chef Jamie Gwen" can be heard throughout Southern California every Sunday on KFWB NEWS TALK 980. Dive into the culinary world with Jamie and meet top chefs, master sommeliers, baking experts and many
others. Expert techniques, regional cooking and the best cooking tools are shared…It’s a fast paced collage of food talk, restaurant news, wine education and interviews with the country’s leading chefs, cookbook authors and restaurateurs.